Airbnb – In the Air or Your Backyard? 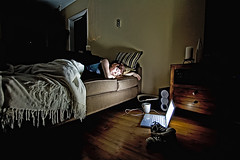 There was a recent thread on the PAII Forum initiated by Scott Thomas, innkeeper at the Brewster House Bed and Breakfast in Freeport, Maine. Quoting Scott; “Just received a solicitation to become a member of Airbnb (for “free”). …they offered to create a free listing for us, then we could log in and change things.” This really got my attention. I didn’t realize they were soliciting legitimate lodging businesses. What next, door to door solicitation in residential neighborhoods? Here is a bit of background on this groundbreaking ‘collaborative consumption’ business.

Airbnb was born in September ’08 and has grown in leaps and bounds. Just like the concept of Airbnb is troubling to the hospitality industry, its growth is scarier. They are in 192 countries and 24,693 cities. The statistics change daily but the latest from their website claims 10 million nights booked since their conception. Their recent bad publicity, (a host’s property was trashed), is being addressed aggressively. They make it very clear to all about their 1 million dollar insurance guarantee for their renter client’s assurance. It sounds like they are really trying to cover their proverbial derriere big time. Here is a statement from their website. “Please note that Airbnb assumes no responsibility for a host’s compliance with any applicable laws, rules and regulations.” So who is responsible? Who gets blamed when things go wrong?

Here is the problem as I see it and I am sure most innkeepers will agree. Airbnb is getting away with murder. The website is slick and professional and the process of booking is streamline, so nothing appears illegal or problematical on the surface. I hope legitimate bed and breakfasts innkeepers don’t get enticed. Scott Thomas certainly wasn’t. He received a follow up email stating they had created a draft listing for his approval and stated he can edit it at any time and quote:”If you like the listing, we can make it appear in search results allowing people to discover the Brewster House.” Again the process for the host property appears to be slick and streamlined as well.

The legality of Airbnb has been speculated on and addressed by municipalities since its beginning but what is disturbing is that it not only continues to operate but thrives. Cities like San Francisco (where the company’s headquarters are) are actively attempting to deal with the problem. They know that Airbnb represents a loophole and that the owners of the host properties listed on thier site fall under the city’s definition of a bed and breakfast, and thus are breaking the law. From their statement on their website,”…they assume no responsibility for a host’s compliance with any applicable laws.” So again we ask the question, who gets blamed and in turn gets punished? As in many cases when a powerful  phenomenon like Airbnb prevails and prospers the law abiding businesses often suffer. We have seen it happen in New York City. Last May Jay Karen testified on behalf of the B&B industry before the New York State Assembly Committee on Housing with a NYC innkeeper, Vanessa Milando. Like San Francisco NYC is attempting to crack down on the illegal ‘hotels’ operating outside the perimeter of state regulations. All good on the surface but in the process the legitimate B&B’s in the city were fined a very large and punitive amount of money. Please read the press release detailing Jay’s involvement and testimony in this case.

Airbnb claims they will work closely with city and town officials and here is their unbelievable spin on why ‘collaborative consumption’ is good for municipalities and consumers. “Airbnb seamlessly integrates travelers into a neighborhood’s existing infrastructure, relieving congestion in tourist zones and distributing their economic impact to new neighborhood economies – which is a win-win for residents and businesses in those areas.”

Ask any innkeeper and I believe they would love a share of that tourist ‘congestion’ on their reservation books! Also what about the tourist who prefers to stay in a ‘tourist zone’, it is called a destination location. And about the win-win, all on the side of Airbnb in my opinion. So be alert and fasten your seatbelts, there may be a bit of Airbnb turbulance coming.

Recent article on the issue worth reading. Read more on the subject.

This entry was posted on Tuesday, October 9th, 2012 at 8:13 pm and is filed under Innkeeping Business. You can follow any responses to this entry through the RSS 2.0 feed. Both comments and pings are currently closed.