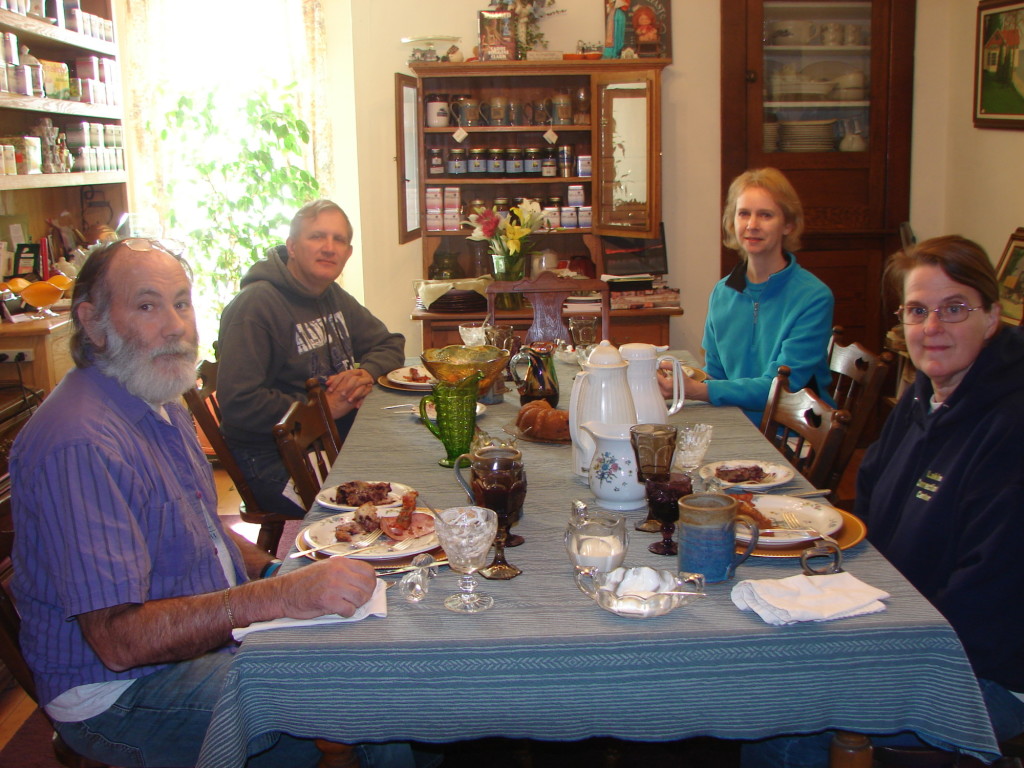 This past weekend Rick and I went to a Peter and Paul concert. They are still on tour, unfortunately without Mary, but still sounding strong and with the same strong message delivered in their songs. When it came time to sing ‘Leaving on a Jet Plane’, written by John Denver in 1966 which later became a hit by Peter, Paul and Mary in 1969, Peter gave a little background story which I was unaware of. He said that the song came to be associated with soldiers leaving for Vietnam. Think about this when you read the beginning lyrics.

All my bags are packed I’m ready to go

I’m standin’ here outside your door

I hate to wake you up to say goodbye

But the dawn is breakin’ It’s early morn

Already I’m so lonesome I could die 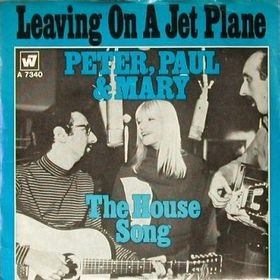 Makes you think about the song a bit differently. This made me recall a story Kathleen Panek told me about her first veteran guests she welcomed to her Inn, the Gillum House B&B. She and some of her fellow West Virginian B&Bs started the grass roots B&B’s for Vets program over five years ago. From Kathleen:

“Early on in the B&Bs for Vets program (before it went viral), as I was showing my Vet and his wife the room, I told her what this program was all about – to me. I told her that this was a way to not only say thank you to our Military and Veterans, but to thank the unsung heroes, the person no one ever thinks of to thank you to – HER.”

She went on to say:

”This is my way of saying thank you to YOU. The spouse/partner is the one who takes care of everything while their soldier is on TDY or deployment. YOU are the one taking care of kids, house, bills, school, sports, the animals, taking out the garbage and everything else and the whole time, keeping a smile on your face so your soldier does not worry about anything other than staying alive and coming home. And when it comes time to move to the next assignment, YOU are the one who packs up, stops utilities, starts them in the next place, gets the kids registered in school, and deals with the kids up-rooting issues. So this is for you as much as it is for him.”

“When I finished, my Vet had tears in his eyes and was thanking me for telling her that. He said he had been telling her how much he appreciated all she had done and it was so good to have someone else tell her.”

Now the time has come to leave you

One more time Let me kiss you

Then close your eyes I’ll be on my way

Dream about the days to come

When I won’t have to leave alone

About the times, I won’t have to say

Oh, kiss me and smile for me

Tell me that you’ll wait for me

‘Cause I’m leavin’ on a jet plane

Don’t know when I’ll be back again

Oh babe, I hate to go

Hope you have signed up and joined your peer innkeepers.  And for all the innkeepers who have been giving over the past years, I would love to have you share some of your stories on B&Bs for Vets Facebook.
Thanks for Listening,

This entry was posted on Tuesday, October 6th, 2015 at 2:45 pm and is filed under Innkeeping Events. You can follow any responses to this entry through the RSS 2.0 feed. Both comments and pings are currently closed.